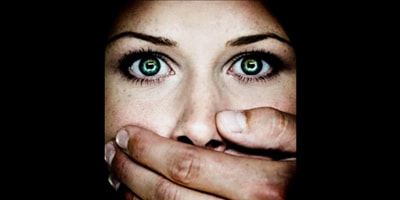 The Family Enhancement Centre is a leading provider of counselling services for domestic violence related issues in Brampton, Mississauga, Oakville, St. Catharines and Orangeville. We have a team of highly experienced therapists who are able to offer domestic violence counselling in English, French, Spanish, Cantonese, Hindi, Punjabi and Malayalam.

Domestic violence can be defined as any incident of threatening behaviour, abuse or violence between people who are or have been in a relationship, or between members of a family, regardless of gender of sexuality.

One common thread in cases of domestic violence is the element of control. Usually, one person in a relationship is using violent actions to control or manipulate other. Though this can take many forms and can affect anyone, irrespective of gender, sexuality, race or age; in majority of cases women are the victim of domestic violence.

In most cases the frequency and magnitude of assaults increases over time, as victims keep tolerating the abuse silently in the hope that abuser will change their behavior. Often abusers convey deep remorse and promise to change, and thus victims may take years to acknowledge “that the violence is never going to stop and the relationship is unsalvageable”.

Here we are going to discuss some facts about domestic violence cases against women in Canada, how this behavior can affect you, warning signs and where to look for support.

Domestic violence against women can include:

Statistics
Did You Know…

Domestic violence is a gendered crime

Where to get support
You are in an abusive relationship if your partner:

If you are victim of domestic violence, help is available. If you need to speak to someone about a sexual assault and/or domestic violence experience, please call the Assaulted Women’s Helpline at 1-866-863-0511. This is a 24-hour crisis line.

We at The Family Enhancement Centre also offer court approved programs for issues related to domestic violence. Call today at 905-799-2228 to know more about our services or send us a message. The objective of domestic violence counselling is to help reduce relationship and/or family conflict and stop abusive, violent and controlling behaviors. Both the partners are engaged in structured exercises and self-exploration to help them examine their beliefs and behaviors. Our therapists will provide you the necessary tools and information to resolve family conflict in ways that do not involve violence or threats.

If you or family member need to talk to someone about a domestic violence related issue, please contact us at info@tfec.ca.

Book an appointment with one of our counsellors today!