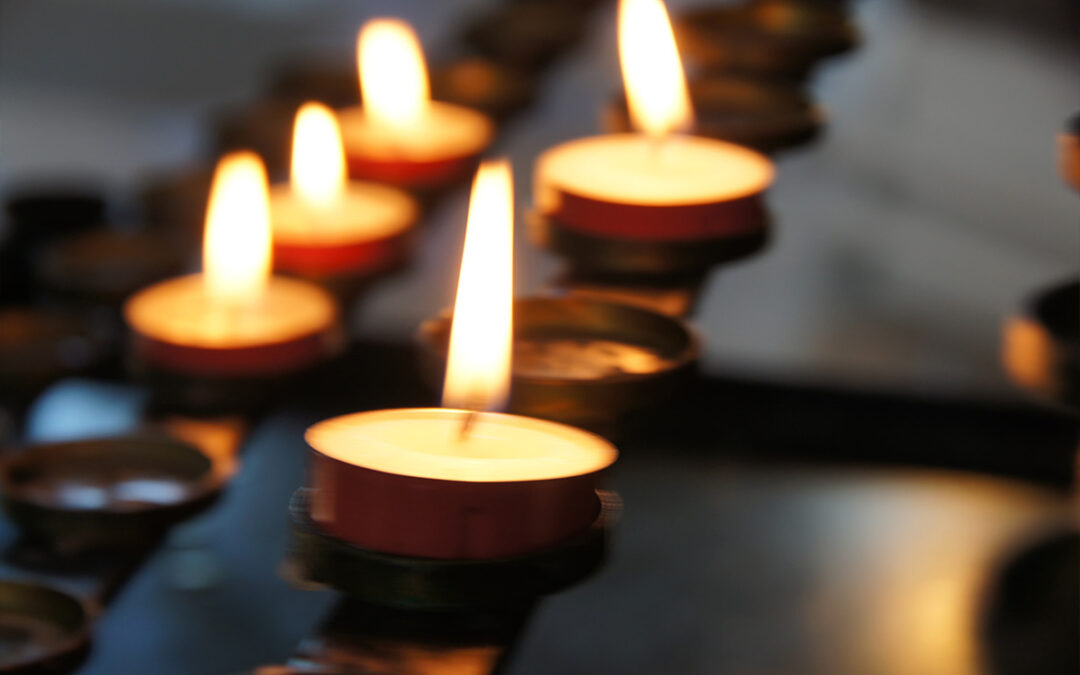 In the middle of grieving a loss, it can help to feel you’re not alone.

A model exists for working through grief. Just knowing such a model exists can bring some comfort, because it helps you see you’re not alone: Elizabeth Kubler-Ross’s Five Stages of Grief. There are other frameworks and models for understanding the grieving process; however, the 5 stages are best known and still relevant in 2022 if for no other reason than their widespread use. But it is only a model, a framework. It helps you understand grief, a little bit. But it doesn’t solve grief, which is not an equation to be unlocked, but a journey to pass through.

The Kubler-Ross model of Denial, Anger, Bargaining, Depression and Acceptance reads like a scheduled set of events that proceed in orderly fashion. But grief comes in waves. Some waves repeat, some pass quickly. The grieving process can play out over a period of months, even years. It is important to recognize grieving as a process, so you can give yourself time and permission to heal. If loss is a kind of pain, then grieving is the pathway to its healing.

Often grief is an ingredient of change. Because life changes almost always come with some sort of loss. Milestones like moving, changing jobs, children’s graduations are usually occasions for joy. And at the same time as you are gaining one thing, you are losing another – any situation where you say “good-bye” can involve a feeling of loss.

Emotional/relational changes often bring a need to grieve. Someone who has experienced betrayal might experience a wave of tears, saying, “This feels like grief, but Nobody Died“. Yet, grieving the loss of innocence or the loss of trust is just as real as the loss of a loved one.

Shocking events can bring individuals a sense of loss, even though the events are experienced socially. For example, the discovery of a mass children’s grave in Kamloops brought Canadians a sense of horror and complicity – things each individual needs to work through. A statement like, “I cannot believe our country would do something like that” is a statement of denial, which is a stage of grief – a signal of working through loss and needing soul care.

Losing something, no matter who or what, is painful and human beings need a way to process that pain. That is grief. Grief is healthy and normal and meant to be experienced in community. The ways we acknowledge or fail to acknowledge grief though can create mental health issues, especially if the grief is complicated by trauma.

Who was Elisabeth Kübler-Ross?

Elisabeth Kübler-Ross, MD, the author of On Death and Dying, was a Swiss psychiatrist who specialized in grieving. During her residency, she worked with dying patients, recognizing patterns as those patients came to terms with the reality that they were dying. Those patients were labelled “hopeless”, and Kübler-Ross worked to usher in a culture of dignity and compassion for the terminally ill. She postulated the Five Stages of Grief, also known as the Kübler-Ross Model. She was a central figure in the hospice care movement. She founded a healing centre for the dying and their families.

Is the Kübler-Ross model the best framework for grief?

It is neither the best nor the most modern but remains one of the best known, and the one from which many others were derived. It was formulated from observing the reactions and adjustments of terminally ill patients coming to terms with their own impending deaths. It does not work as well for people who have lost loved ones, although it has been adapted for that. In the last 50 years, science has advanced and really the significance of this model is more cultural than scientific. Yet it is difficult to have a conversation about grief where the 5 Stages of Grief does not enter the picture. Because so many people seem to have a need to find out which stage applies to them.

What does “The 5 Stages of Grief” refer to?

Also known as the Kübler-Ross model, the 5 stages of grief constitute a “pattern of adjustment to change or loss – denial, anger, bargaining, depression, and acceptance.” Originally stages when faced with their imminent death but also apply to anyone’s reactions to change and loss. Now known as Kübler-Ross Change Curve and used in companies’ and institutions’ change management processes.

What are the Five Stages of Grief, according to the Kubler Ross model?

What is Denial, according to the Kübler-Ross model?

Denial, the first “stage” is the belief that the loss didn’t occur, that the diagnosis or report are mistaken, and instead clinging to an alternate view of reality.
Signals that denial is in play: “You’re wrong.” “That’s impossible. We just had dinner with them last week.”

What is Anger, according to the Kübler-Ross model?

Anger is a normal and healthy component of grieving. Anger is the emotional response or expression of the inner conflict of struggling to let go of denial, coming to grips with the new reality, often expressing a sense of injustice: “Why me?” “It’s not fair” “How can that have happened?”
Signals that anger is in play: A sense of surprise. “Why did I just react that way? I’m not normally so angry.”

What is Bargaining, according to the Kübler-Ross model?

The attempt to turn to and/or negotiate with a higher power for more time or a different outcome by vowing to reform behavior. “God, if You make them better, I promise to stop gambling.” It can also be retroactive: “If only I had done such-and-such, then we would not have lost her.”
Tell-tale clue that bargaining could be in play: the word “If”.

What is Depression, according to the Kübler-Ross model?

The individual gives up and moves into despair: “What’s the point?” And sadness, often experienced as sighing, tears and a sense of heaviness where it can feel physically difficult to move and to breathe. The most important thing is for the individual to be patient and gentle with themselves and to realize these are natural responses to grief. Although referred to as depression they are not, on their own, clinical depression.

What is Acceptance, according to the Kübler-Ross model?

Kübler-Ross writes, “Acceptance is often confused with the notion of being all right or okay with what has happened.” However, it is the interior experience of a readiness to move on and begin to incorporate the reality of the loss into the experience of everyday life.

Acceptance is not an outcome, but a choice made every day, along the way. The way we help will also vary depending on the issue. Sometimes grief is more about adjusting to change, while at other times grief becomes very complicated – especially where trauma is involved. That’s clinically known as “Complicated Grief”.

Do TFEC Grief Counsellors make reference to “The 5 Stages of Grief”?

When helpful, our grief counsellors will utilize the framework. However, the understanding of grief has evolved considerably since the 1970’s and we will use any framework or understanding of Grief that helps our clients. Everyone’s pain is unique.

In some ways, the 5 stages provide useful shorthand for discussing grief. But TFEC’s philosophy is to provide what we call “strength-based counselling” – recognizing individuals are resilient and have inner strength in any situation. We feel it’s our role to connect people with their own strength to cope with the pain of grieving and our grief therapists will draw upon any model that helps with that.

In upcoming articles, we will ask how our understanding of the grieving process has improved over the last 50 years and look at other models besides The Five Stages of Grief.